🍪
We use only those cookies necessary for the functioning of the wiki and we will never sell your data. All data is stored in the EU. More information

Here you can find organizations, workshops and events and services against synthetic human-like fakes and also organizations and curricula for media forensics.

Transcluded in this article are

In resources there are likely a few services that would fit here.

Services that should get back to the task at hand - FacePinPoint.comEdit

Help for victims of image or audio based abuse 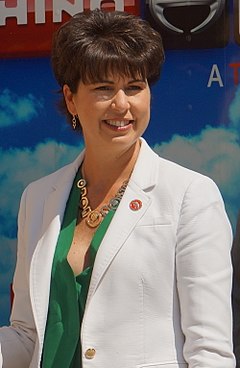 w:California w:Senator w:Connie Leyva sponsored California Senate Bill SB 564 - Depiction of individual using digital or electronic technology: sexually explicit material: cause of action in Feb 2019. It is identical to Assembly Bill 602 authored by w:Marc Berman. The bill was endorsed by SAG-AFTRA. It became law on 1 January 2020 in the w:California Civil Code of the w:California Codes.

Originally harvested from the study The ethics of artificial intelligence: Issues and initiatives (.pdf) by the w:European Parliamentary Research Service, published on the w:Europa (web portal) in March 2020.[1st seen in 2]

A model of human appearance means

Making projections, still or videographic, where targets are portrayed in a nude or in a sexual situation from models of human appearance defined in §1 without express consent of the targets is illegal.

If the media described in §2 or §3 is made or distributed with the intent to frame for a crime or for blackmail, the crime should be judged as aggravated.

Obs. #A service identical to APW_AI used to exist - FacePinPoint.com

Video 'This AI Clones Your Voice After Listening for 5 Seconds' by '2 minute papers' at YouTube describes the voice thieving machine by Google Research in w:NeurIPS 2018.

Motivation: The current situation where the criminals can freely trade and grow their libraries of stolen voices is unwise.

§1 Unauthorized modeling of a human voiceEdit

Acquiring such a model of a human's voice, that deceptively resembles some dead or living person's voice and the possession, purchase, sale, yielding, import and export without the express consent of the target are punishable.

Producing and making available media from covert voice models defined in §1 is punishable.

If the produced media is for a purpose to